Jesus + Nothing = Everything (Part Two)

By WonderfullyMadeNovember 23, 2011from a guy's perspective, Jeff Bethke
5 Comments 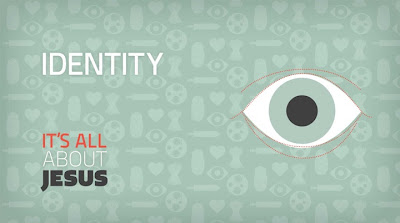 Yesterday we looked at the fact that every human being, no matter the age or gender, has exchanged the Creator for the created. The fundamental problem with the human race isn’t an attitude problem, a psychological problem, but rather an identity problem. We worship everything except the actual one who is worthy of our worship.

Only through Christ’s exchange for us can we rid ourselves of the exchange we’ve made for Him. Today we’re going to look at three common areas young ladies tend to make an exchange, and place their identity and worth in something other than the King.

1. Worldly Pleasures & Possessions
First, is worldly pleasures, or what feels good. Rather than defining ourselves as royalty and children of the king, we demote ourselves to slaves. We are simply a slave to our fleshly desires and can’t help but be ruled by them. We are a slave to the newest fashions, a slave to the newest relationship, or a slave to newest parties. Test yourself, by asking, could you go out in public in sweats and no makeup and still feel beautiful and loved by God? If not, you probably have made an idol of appearance.

Here’s the thing though, do they ever satisfy? Never. Worldly pleasures always over-promise, and under-deliver. They never work. Human history is the miserable conveyor belt of humans getting exactly what they desire and going “What?! This is it?! Is this all there is?!” and then repeating that cycle until death hoping the next thing will finally bring rest. Like the verse in the beginning states though, we have every spiritual blessing in Christ in the heavenly places.

You already have everything you will ever need and want! We have all the life, all the blessing, all the riches, all the love we can ever ask for and that is more than enough to satisfy. What could a gadget, a boy, or a party give you that Christ couldn’t give you more deeply? It’s like toilet water. If we were slaves and had nothing better, I think we would actually enjoy and crave toilet water, not caring that it’d make us sick later. So it is with sin. But, we are children of the King that get free, living water (Jesus) that satisfies for eternity. When you have fresh living water, toilet water because less attractive. Let us see Jesus in this way also. Let him become so glorious and attractive to us that sin starts to become less desirable.

2. Worldly Performance
This one is an epidemic in America. Rather than demoting ourselves to slaves, we promote ourselves to the place of God. We are king, we make the rules, what we do is what defines us. Ask yourself, especially if you’re a Christian, do you gain worth from your quiet time, your singing at church, and your moral effort? What is it like when you don’t do these things? Is your joy gone? Do you feel grumpy? If so, you’ve probably made an idol out of your performance.

This has been exceedingly true in my life, especially as of recent. God has graciously been dealing with me and my addiction to the approval of others. I’ve noticed that I have a tendency to perform, speak and write articles not just for the approval of God, but for the approval of man. I get my worth more from what people say about my content, than what God does. It’s intoxicating.

“That we should be holy and blameless before him. In love he predestined us for adoption as sons through Jesus Christ…” (Ephesians 1:4-5)

Like that verse says though, He has presented us holy and blameless. He performs, not us. We have been adopted into the royal family, solely because of what he has done. We don’t need to earn anything. Think about a royal family for a second, and the benefits the children receive. Do they not have access to everything the King has access to? Whatever their father owns is theirs—free of charge—simply because they are a child of the King. So it is with Christ! We earn nothing, but inherit everything.

3. Worldly Past & Pain
This one can usually be because of a failure in the first two. Instead of defining ourselves by what we own, or what feels good, we define ourselves by our mistakes and our past. We are merely a sum of that adultery we had, that abusive relationship we were in, that abortion years ago, or that shame and guilt of an incident that still haunts us. We are no different than Adam and Eve who after falling into temptation felt “naked and ashamed” and tried to clothe their nakedness with fig leaves. Aren’t we the same? We might not use fig leaves, but we try to clothe nakedness and shame with the newest shoes, the newest boyfriend, or the newest smartphone.

It’s in those moments though where Christ just softly whispers, “I Love You.” Have you ever let Him graciously say that to your soul? Have you lingered in it? 1 John 2:1 suggests that right in the moment (not after) of your sin, your filth, and your shame God whispers, “I Love You, I am your Advocate.” Because we are in Jesus, even in the moment of our sinning God doesn’t see us in our sin but rather sees us holy and blameless in Christ! That is scandalous grace! And we wonder why Christ was hated and murdered by the religious leaders, that is why. Grace is dangerous, but beautiful. He sees us as if we have already lived a perfect and obedient life. God loves us with the same love He loved His son.

Jesus absorbed all our shame, guilt, and sin on the cross 2000 years ago, stop trying to pay for it yourself. He looks down and says, “It’s paid for, you are mine, you are a child of the King.” Nothing can change that because being a child has nothing to do with activity it has everything to do with identity. If we were an employee, God could fire us when we mess up (like the prodigal son suggested when he returned home and asked the father to make him one of his “hired servants). But, when we are a child of Him, He doesn’t fire us when we mess up He actually gets more intimately aware with situation like every good father does!

So, whoever you are, please rest in the fact that you are His beautiful and holy child. You have freedom to struggle because Jesus bought it for you on the cross. He took your sin, and gives us His righteousness. You are in Jesus, and He is in Heaven, which means you are secure.

Why do you think we are so hesitant to release our other identities and rest securely in our identity in Christ?

from a guy's perspectiveJeff Bethke
September 5, 2012