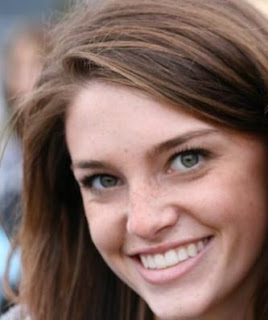 Today’s HerStory is from high school senior Kelsie Lambeth, a kind-hearted, bright-eyed girl we had the privilege of meeting at the Reflections conference at NorthPointe Church in Fresno. Thank you for sharing your story with us, Kelsie!

This was the time to have it all together, to show everyone what I was capable of and to carry out God’s will for my life. I have grown up in a Christian home and have been surrounded by Christians my entire life, so I know how important it is to seek God’s will and I had convinced myself I was going to do just that! The summer before my senior year of high school I prayed day in and day out that I would put God first and seek Him in all I do and really focus on the relationships in my life. I asked God to help me because putting Him first and trusting solely in Him has been something very difficult for me. I am a very structured person. I thrive off of making lists and calendars. When it comes to any sort of planning, I am your go to girl. So, naturally, I decided to have a plan for everything I was going to do throughout my next school year: I would keep up with my AP classes by scheduling my homework time, post my work and extracurricular activities schedules so I would know when I am available, have my college applications in by the earliest deadline so that I could focus on scholarships and weighing out the pros and cons of each school, and have some social time on the weekends to spend with my family, friends, and my boyfriend.

It seemed foolproof. By planning everything and having a schedule there would be no way I could miss anything that God had planned for me. But, as I’m sure you expected, my foolproof plan collapsed.

Two months in to my senior year I found out I had mono. The doctor told me I got it from running my body down and doing too much, so I cut out everything besides school; trips to see my boyfriend, extracurricular activities, and work. Things started to get a little rocky with my boyfriend and I around that time. I had been planning since August, when he left for college, to visit him the weekend of his homecoming but was unable to when I found out about a Wonderfully Made conference at my aunt and uncle’s church in California. I chose to make the trip out to Fresno rather than to go see my boyfriend. It was just a week after this conference that I found out I had mono, so any future plans of being able to visit him were abolished as I was not feeling up to much of anything. I asked him to come visit me instead, but he said no. Not because he didn’t want to, but because of his study schedule. He’s a big planner as well—go figure. He is very focused on school and I think it’s important to focus on your studies, but I also thought it was absurd that he was so focused on school that he had no time for me while I was sick and missing him. Things progressed into me feeling more and more like an option rather than a priority and my boyfriend was feeling more and more beat up because I let him know how I felt. One month later, I broke up with my boyfriend. I told him I couldn’t keep putting pressure on him to make me a priority when he had so many other things to worry about and focus on and that I felt like I just needed to back off. Things did not end very well with us, and that more than anything saddens me, but that is out of my control. All I could do was let it go.

When I was at the Wonderfully Made conference in Fresno, I heard some things that really helped me through my hardships between my boyfriend and me. I had heard it said multiple times that I should be treated as a princess, but never thought much of it. In my mind, the girls who acted like princesses were the stuck up girly girls who I wanted absolutely nothing to do with! Even when I was little, if I pretended to be a princess, I pretended to be Cinderella and clean the floors on my hands and knees—I wasn’t one to parade around in a big dress all done up. But realizing that being a princess is actually Biblical changed my perspective. Drawing the parallels that I am a daughter of the King and therefore a princess, made me realize that my boyfriend wasn’t treating me how I should be treated. He’s a great guy and a strong Christian, but the fact that he wasn’t willing to make sacrifices for me or even pamper me a little bit when I was sick, threw up some red flags for me. I can’t even tell you how many different people I talked to about my boyfriend throughout the course of our relationship. I thought this was going to be a guy I was going to be with for a long time, but truth is, it wasn’t much of a relationship.

On top of battling mono and this breakup, I was still dealing with my job. After I found out I had mono, I had to take three weeks off of work to get better. That did not go over very well with my boss and the HR department. My employment was terminated as I was denied extended leave for my illness. I asked my boss if I had any other options. He told me I should reapply and he would consider me for a possible rehire. He also said if I wanted to come back that I would have to commit to working more than I had been before I got sick. My response was that with my schooling schedule I was not going to be able to do that and asked that he would please consider my resignation. I lost my job my first semester of my senior year, but never once complained! My job paid really well, but I hated the hours and wasn’t too fond of my co-workers either. As this is my senior year and my last year home, I wanted this year to be about spending time with my family and friends and building the relationships that would last far beyond this nine month period.

My prayer at the conference in October was that the Lord would shake some things up in my life. I have no doubt that God is faithful and answers prayer! I was not expecting any of the things that happened, but am so thankful for every one that did. Through all my tears and smiles I have experienced this year, I have thought back so many times to the conference and sat reading my notes from that weekend over and over again. I cannot thank the entire Wonderfully Made team enough for that weekend. God used them so profoundly to speak to me and tell me that I had been doing it all wrong!

In trying to master everything, I had denied my Master. I was not following God’s will for my life, but my own. It was so easy for me to convince myself that I needed to be put together all the time and always know what was coming next. That was a lie. I have found so much more peace in trusting the Lord and letting Him lead me to what is next than I did when I was trying to do it all by myself.

“I plead with you to give your bodies to Christ. Let them be a living and holy sacrifice—the kind he will accept. When you think of what he has done for you, is this too much to ask? Don’t copy the behavior and customs of this world, but let God transform you into a new person by changing the way you think. Then you will know what God wants you to do, and you will know how good and pleasing and perfect his will really is.”

God has done so much for me these past few months in redirecting me to what I had asked him to help me with. Never doubt that God does not answer prayer—he answered my prayer to keep me close to Him and not stray from doing that. When I wondered off on my own He took things into His own hands and got my attention. God is faithful and He knows better than I ever will what is best for me.

My story is nothing special—but the story of the King’s daughter, his beloved, that is. That is your story; you are God’s beloved—you are a princess. My prayer for all of you who read this is that you will remember how good, pleasing, and perfect God’s will is and that you will know your value. I end with Proverbs 31:10,

“Her value is far above rubies and pearls.”

Don’t ever settle for what the world has to offer; reach for the Heavens.