By WonderfullyMadeJuly 31, 2012body image
No Comments

As soon as I learned about Olympic cyclist Dotsie Bausch’s story, I knew I wanted to write about it during this first week of the Olympics. Then yesterday, while perusing on Hello Giggles, I came across this article, saying pretty much exactly everything I would have. Since there is no need to reinvent the wheel here, I’ll let you read the words of writer Beejoli Shah on the topic… 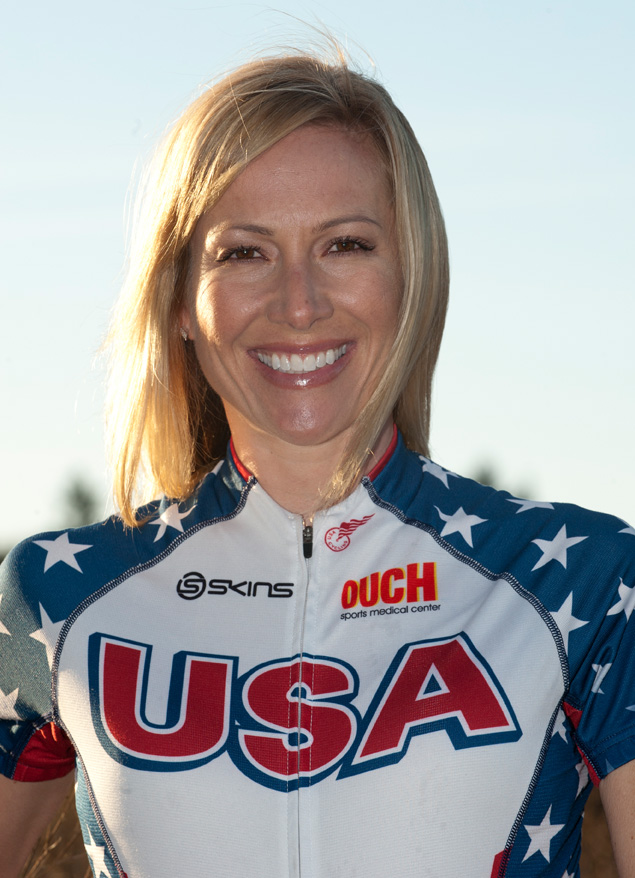 DOTSIE BAUSCH: FROM ROCK-BOTTOM TO OLYMPIC ROCKSTAR
by Beejoli Shah

Ask any Olympian about the difficulties of mastering their sport, and they can all tell you common stories about backbreaking amounts of practice, moments where they wanted to throw in the towel, even whole days that are a blur of sweat, training and exhaustion. Yet for track cyclist Dotsie Bausch, who is competing as a member of Team USA in the 2012 Olympics, it was the path that led her to even step foot on a bicycle that was far more grueling.

Dotsie, 29, is model pretty. Not in the “You’re so pretty, you could be a model!” way, but in the actual “Did you know she was a runway model in New York City for years?” type of way. She started modeling during her senior year of college at Villanova, and though she had grown up running cross country and rowing crew, the pull to New York to continue her modeling career was magnetic.

Despite a successful runway and print career, Dotsie had been battling both anorexia and bulimia since her time at Villanova—so much so that her parents and the dean tried to help her, but to no avail. It was in New York City where Dotsie took up drugs as well, to deal with the pressures of modeling, and saw her 5-foot 9 frame shrink from 139 pounds to 90. It was only after a failed suicide attempt that Dotsie realized she had hit rock bottom and needed to find a way out.

Dotsie moved to California, took up a new career, and went under care of a therapist who recommended she try cycling as an alternative to exercise, as a different way to channel her energies. In cycling, she found an amazing outlet for her competitive spirit that was significantly less destructive. She took up long distance cycling in 1998 and was a member of a pro team by 2002. She was racing for T-Mobile by 2003, where she placed 25th overall and 4th amongst the American riders. Dotsie was literally riding to freedom.

In 2007, she switched to track cycling—an indoor cycling sport where bicyclists race on specially built tracks. In true Dotsie fashion, she was a quick study, and by 2008 and she was a member of the US Olympic Long Track Cycling Team. She will be competing in Team Pursuit with Lauren Tamayo and Sarah Hammer in the 2012 Olympics.

But for Bausch, her eating disorder wasn’t merely a wake up call that she needed to make some major changes in her life—it was also a realization that if she could break the cycle, she had a great chance at helping others break it as well. Dotsie has made herself available to others who struggle with eating disorders—not just for a quick pep talk to serve as a photo-op—but over the course of years, adopting each person who reached out as her own. This has lead her to start what she believes is her true vocation—helping those who struggle with the challenges she once faced. She recently launched a foundation, Courageous Voice, to help men and women alike conquer their eating disorders as well.

Does Dotsie ever worry that her competitive cycling might trigger her eating disorders again? As she told ESPN Women, “There is obviously a portion of my personality that fits in that need to push myself to some degree that most people would consider uncomfortable or painful—that’s obviously in there. I can use that in a really positive outlet or not.”

We here at HelloGiggles know that we’ll all be cheering for Dotsie—not only at the 2012 games, but for every person she saves off the track as well.

For the latest updates on the 2012 Olympic Games, follow @NBCOlympics and check NBCOlympics.com for the full schedule of events.

When have you seen God use a hardship in your past for the good of others in the future?

What I Wish I Knew About My Body in My 20s