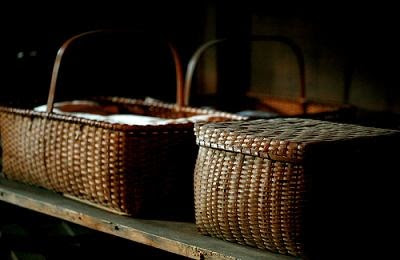 Then Pharaoh, the king of Egypt, gave this order to the Hebrew midwives, Shiphrah and Puah: “When you help the Hebrew women as they give birth, watch as they deliver. If the baby is a boy, kill him; if it is a girl, let her live. (Exodus 1:15-16)

About this time, a man and woman from the tribe of Levi got married. The woman became pregnant and gave birth to a son. She saw that he was a special baby and kept him hidden for three months. But when she could no longer hide him, she got a basket made of papyrus reeds and waterproofed it with tar and pitch. She put the baby in the basket and laid it among the reeds along the bank of the Nile River. (Exodus 2:1-3)

Her name is Jochabed. She was wife to Amram and mother to Aaron, Miriam and a new born. Imagine hiding a new born baby? Newborns don’t just cry when they are hungry but when they need to be held, changed, when they are sick, tired, hot or cold, among other reasons. That’s a whole lot of crying in one day alone. For three months Jochabed miraculously hid her baby boy.

But the day came when she could no longer nurture her little one. A fatal future awaited her son if he remained under her care. Jochabed’s love for her child proved to be greater than her own ability to protect him as she surrendered him in a basket and unto the Nile River. And as her son drifted farther and farther away from her, a portion of her heart must have died within her.

The baby’s sister then stood at a distance, watching to see what would happen to him. Soon Pharaoh’s daughter came down to bathe in the river, and her attendants walked along the riverbank. When the princess saw the basket among the reeds, she sent her maid to get it for her. When the princess opened it, she saw the baby.

So the girl went and called the baby’s mother. “Take this baby and nurse him for me,” the princess told the baby’s mother. “I will pay you for your help.” So the woman took her baby home and nursed him. Later, when the boy was older, his mother brought him back to Pharaoh’s daughter, who adopted him as her own son. The princess named him Moses, for she explained, “I lifted him out of the water.” (Exodus 2:4-10)

My faith is strengthened each time I read this story. God’s protection, guidance, faithfulness and goodness are evident in these verses. In Hollywood this would make for the perfect feel-good movie. Yet I can’t seem to shake off the fact that had we not known verses 4-10, this would make for a most tragic of stories. The last time I read this passage my faith was strengthened, but it came through the testing of it. I reflected a little more on Jochebed’s sacrifice.

This question came to mind “How is my basket?” I asked God: Is there something or someone that I should surrender and place in my basket? A couple of things came to mind, such as fear, negative thoughts, being critical, and self righteousness are just a few. The Lord dug a little deeper, “What about that dream that is in danger of dying if you don’t surrender it to me and my timing?” He reminded me, “I make all things new. Surrender it to Me, the dream giver, and in due time I will lift it out of the water.” I placed that one in the basket too. I continued to seek the Lord in this matter. The hope of one day being married came to mind and that too was placed in the basket with its anxiety and lack of patience. Basket full! Now what? Let it go.

Jochebed did not chase after her basket. She didn’t hold on to it. She never took back what she had surrendered. On the contrary, it was God who restored her child to her for a season. Little did she know that because of her full surrender, her son would live to become the deliverer of her own people. God does great and mighty things when we fully surrender our lives.

Do you need to surrender something or someone? Is there a dream, a hope, a vision that is in danger of dying in your hands? How is your basket?