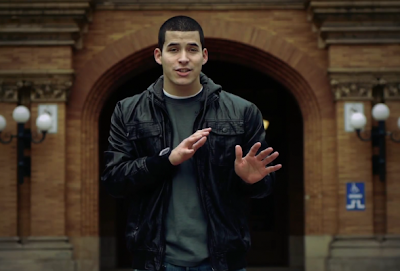 I’m guessing at least fifteen of your Facebook friends have already posted Jeff’s Bethke latest spoken word poem. If not, you may not be aware of the sensation it’s become. With 13 million views (and counting) in less than a week, Jeff’s “Why I Hate Religion But Love Jesus” poem has stirred a lot of hearts toward God while also creating an quite an uproar of discussion and criticism from Christian believers and church leaders. A lot of people loved it. Others hated, and many were confused or uncomfortable by the way Jeff defined religion and contrasted it with the gospel.

Since Jeff is our friend, brother and our “From a Guy’s perspective” contributor, I thought it was important to respond and share some valuable discussions and theological points.

1) Be Teachable and Pursue Truth
It’s been so refreshing to see how Jeff has responded to the reasonable criticism and theological discussion from fellow believers and respectable church leaders. In his dialogue with Kevin DeYoung of the Gospel Coalition, following DeYoung’s initial article critiquing the poem, Jeff thanked Kevin with absolute sincerity, humility and gratitude.

Jeff, in his own words (from this interview):

“I’m 22 years old. I’m not an expert; I don’t have a doctorate in theology. I have an extreme passion for Jesus. He saved me about four years ago. I love spreading his word. But I can tell you in four years I’ve only touched the surface of the character and nature of God and what he’s revealed about other things in Scripture, like the nature of the church.” [Read more of Jeff’s interview on Church Leaders here]

Let’s have teachable hearts and desire to represent the Lord with truth.

2) Use Every Bit of Your Talent
Jeff’s presence and talent for spoken word is remarkable – it’s why I immediately contacted him to give a male voice to Wonderfully Made after seeing his poem Sexual Healing. The passion with which Jeff is using his gift makes me think of this quote, “When I stand before God at the end of my life, I would hope that I would not have a single bit of talent left, and could say, ‘I used everything you gave me.” Like a middle school high girl who sings “Over the Rainbow” slightly off-key for her school’s talent show, our peers might not always love it and we don’t always nail it, but we have to try.

Let’s be a generation of women who take courage, spend our talent and take risks in hope that others will know the goodness of Jesus. If Jeff hadn’t put himself out there, lives such as this girl’s wouldn’t have been touched:

“I’ve been struggling so hard for years now with forgiving myself and accepting Jesus in my life. I kept telling myself that I wasn’t worthy of his love, that what id been through had tainted me. I’ve been beaten, raped, ridiculed, tried to kill myself over 10 times as a teen and been made to feel like i am absolutely nothing. My ex just got out of prison and while i was pregnant threatened to take my son by force. I’ve been barely hanging on trying to figure out how im going to make it from day to day with my son. I watched your video ‘why i hate religion, but love Jesus’ and i cried my eyes out as i felt Gods hand on me that night. Im giving myself to God and starting to finally realize that God can love me despite my past. I hope I haven’t wasted to much of your time i just wanted to let you know your words helped make an impact on my life.” (Taken from an email Jeff received).

3) You Will Be Hated. Get Over It.
When your heart has been touched in away that you have chosen to live a set apart, radical life as a follower of Christ you can expect to be hated, judged, looked down on and ridiculed. This is no news flash –anytime the spirit of God revives hearts, there is a dark, spiritual backlash. And in our social-media-centric world, there are a lot of cowardly haters hiding behind disgusting and hateful comments and tweets! Even I got “twitter-assaulted” this week after passing a tweet to Jeff!

Will much of the world think you’re crazy for believing in and living for Jesus? Absolutely. Will some of them hate you for it? Jesus told us they would.

I don’t have enough faith to be an atheist. Believing Jesus is who He said He is, isn’t crazy. What’s sad is believing nothing at all or not caring enough to find out. People are mean. Love them anyway.

10 Things To Do During Uncertain Times

Letter to My 22 Year Old Self