The Woman With The Issue Of Blood: From Outcast to Daughter 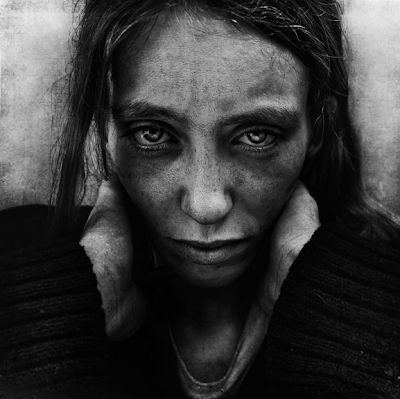 Now a certain woman had a flow of blood for twelve years, and had suffered many things from many physicians. She had spent all that she had and was no better, but rather grew worse. When she heard about Jesus, she came behind Him in the crowd and touched His garment. For she said, “If only I may touch His clothes, I shall be made well.” Immediately the fountain of her blood was dried up, and she felt in her body that she was healed of the affliction. (Mark 5:24-29)

We read today about a woman with many issues. She was most likely anemic, fatigued, and worn out physically. She woke up every morning with pain and went to bed with pain. She had financial issues as she had exhausted everything she had on doctors, treatments and who knows what other failing hopes.

She had relational issues, too. Levitical law prohibited her from entering the temple or coming into human contact. She was labeled unclean. She was homeless, alone, isolated, abandoned, rejected, an outcast, broken, defiled and destitute. Years of shame left her broken, stripped of any self-worth and a proper identity. She may have been bitter towards God, people and life. She may even have doubted God’s faithfulness and her faith may have grown cold.

Yet, her “problem” pushed into the presence of God. She didn’t wait for her physical issue to be met, healed or treated—she was desperate and driven. She chose to no longer remain in her dark and lonely pit. She put it all on the line, reached out to Jesus and was immediately healed.

“Jesus is willing to be your last resort, to stand in the line for 12 years of seeking a solution. He willingly does so because He knows that often times it is our desperation that turns into inspiration.” -Joe Focht

And Jesus, immediately knowing in Himself that power had gone out of Him, turned around in the crowd and said, “Who touched My clothes?” But His disciples said to Him, “You see the multitude thronging You, and You say, ‘Who touched Me?’” And He looked around to see her who had done this thing. But the woman, fearing and trembling, knowing what had happened to her, came and fell down before Him and told Him the whole truth. And He said to her, “Daughter, your faith has made you well. Go in peace, and be healed of your affliction.” (Mark 5:30-34)

Have you ever given a certain activity your all and at the end of it you feel as if all the energy in you had been given out? Imagine that happening by someone simply touching you. That’s the only way that I can picture this encounter from Jesus’s perspective. He looked around to see her. What thoughts might have crossed her mind as she interlocked eyes with her Savior: I am in trouble! What have I done? What will they do to me? Will they run away from me?

She falls before Him and tells Him the whole truth: “I was ill, rejected, depressed, and hopeless and I heard about You. I heard that You give sight to the blind, you restore the lame, You raise the dead, You deliver the demon possessed, You multiply food to the hungry, You do the impossible surely I believe You could heal me.” Jesus knew that her touch of His garment had provided only a physical healing, but her greater issue was her lost soul. Her faith becomes her conversion. And Jesus calls her daughter. This is the only recording in all of scripture where Jesus personally calls any woman “daughter.” This certain woman—an outcast—becomes a chosen child of God. He goes from being the man who performs miracles to her now Savior and Father.

For those of you who may not necessarily identify with this woman in the Bible, take a minute to ask God to reveal to you who in your sphere of influence who may be feeling hopeless. Remember, the only reason this certain woman knew of Jesus was because she had heard of Him.

When did you first hear about Jesus?