The Widow with Two Coins: Becoming a Giver 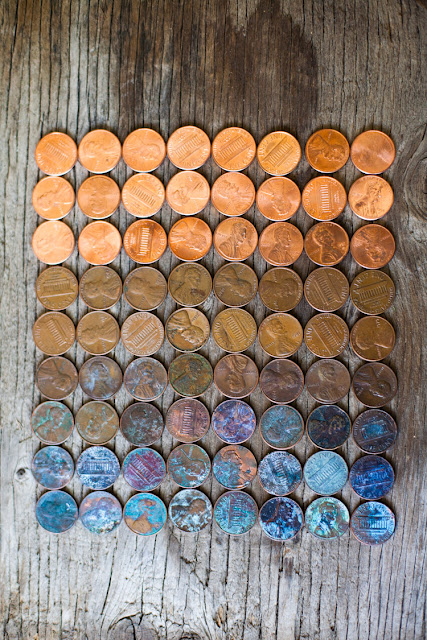 Jesus sat down opposite the place where the offerings were put and watched the crowd putting their money into the temple treasury. Many rich people threw in large amounts.  But a poor widow came and put in two very small copper coins, worth only a fraction of a penny. Calling his disciples to him, Jesus said, “I tell you the truth, this poor widow has put more into the treasury than all the others. They all gave out of their wealth; but she, out of her poverty, put in everything—all she had to live on.”

I loathe carrying change in my wallet, particularly pennies. But I’ll tell you what, if two pennies was everything I had, I would not despise them. On the contrary, I would be extremely careful with how I spend them. I would not squander them, much less donate them. This widow had two copper coins to her name, and she gave it all away. Do we call it faith, or do we call it foolishness?
Many would call her giving foolishness. Surely a person must be out of their right mind to willingly give away all they have. I believe this widow understood that her treasure was not found in two copper coins, not in what they could deliver. The choice to give all that she had, as a gift to the Lord, was a treasure that no one could take away from her. Her type of giving required trust in the God. This is faith, not folly.

A few years ago, I was confronted with the reality that I was not a faith-filled giver but a fear-filled consumer. In my pursuit of perfection, I had failed the Lord terribly in the area of finances and stewardship of His money. I owned many beautiful pieces, lavished my loved ones with great gifts and paid for many dinners. I tithed to God out of my wealth, “Here is Your tenth, don’t ask for more, the remaining ninety is mine.” I had accumulated debt and my earthly treasures were of no comfort to my poverty. This is folly, not faith.

With the down spiral of the economy, I lost jobs. My income had drastically taken a nose dive, yet I continued to seek worth and value in the perishable things of this world. Soon after, my heart was broken. The resolve for a crushed heart – consume more to fill the emptiness. My logic was that I deserve to make that purchase. Then I was taken out, plucked out, of serving in various ministries. How did I go from someone who had it all, to a person who was broke, undesirable, and unfit for ministry?

I had been stripped of earthly treasures, crowns, and titles. Through the season of brokenness, loneliness and emptiness, I learned that my worth isn’t found in my possessions, in what I can give, in a job, in a guy, or even ministry. When God was all I had, I discovered that He is all I will ever need. He is more than enough for me, for my every need, and every want. At last, I began to understand the widow’s giving.

I arrived at a crossroads, with “two copper coins” in my hand. A decision had to be made: will I be a consumer or a giver? Changes ensued. First things first, I confronted my sin by seeking accountability and confessing the ugly truth. My attitude towards tithing changed; just as I love gift-giving, I give to God with a cheerful heart. My mom, who is a budget queen, helped me clean my credit (I am almost debt free) and taught me how to set a budget (shopping budget too). I implemented the buy one – give one away policy. For every item I purchase, I give one away. And the big question when shopping, “Do I need this, or do I want it?” Chances are I don’t need it.

Honestly, I feel like Rebecca Bloomwood from Confessions of a Shopaholic; I’m unfit to be writing on this topic. I have failed along the way. But God’s grace never fails me. He always takes me back to the widow, who with only two coins has given me more than what her money could have ever bought me: freedom from consumerism.
In today’s consumer driven society, what creative ideas do you have for being a faith-filled giver?