The Widow of Zeraphath: The Baker

By WonderfullyMadeSeptember 28, 2011Raquel Rodriguez, women of the bible
No Comments 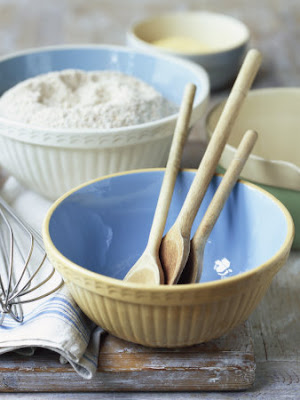 Then the Lord said to Elijah, “Go and live in the village of Zerphath, near the city of Sidon. I have instructed a widow there to feed you.” So he went to Zarephath. As he arrived at the gates of the village, he saw a widow gathering sticks, and he asked her, “Would you please bring me a little water in a cup?” As she was going to get it, he called to her, “Bring me a bite of bread, too.” But she said, “I swear by the Lord your God that I don’t have a single piece of bread in the house. And I have only a handful of flour left in the jar and a little cooking oil in the bottom of the jug. I was just gathering a few sticks to cook this last meal, and then my son and I will die.” (1 Kings 17:8-12)

In those days a widow was considered a second class citizen, notorious for their poverty and often going hungry. They seldom had a way to provide for themselves, much less for a guest. Hospitality was more than a friendly gesture; it was and still is a way of life in the culture of the Middle East. For someone who has been instructed to feed a visitor, this widow has shown a lack of hospitality. Rather than keeping busy at home, preparing a warm meal for the sojourner, we find her gathering sticks.

The Widow of Zeraphath is about to use the last of her flour and oil which stood between her son’s and her own starvation, when along came Elijah and told her to make him a cake. Her condition is so severe that she is ready to call it quits and die. Interestingly, she calls God “the Lord Your God,” revealing to us that He is not her God. What is this widow to do: Give the last of her bread to a stranger or to her son?

But Elijah said to her, “Do not fear; go and do as you have said, but make a small cake from it first, and bring it to me; and afterward make some for yourself and your son. For this is what the Lord, the God of Israel, says: There will always be flour and olive oil left in your containers until the time when the Lord sends rain and the crops grow again!” So she did as Elijah said, and she and Elijah and her son continued to eat for many days. There was always enough flour and olive oil left in the containers, just as the Lord had promised through Elijah. (1 Kings 17:13-16)

Not only is the Widow of Zeraphath alone, poor, hungry and depressed but here we read that she was also fearful. Elijah doesn’t seem to care of her social position, economical status and evident poverty. He tells her not to fear and because it was the word of the Lord God that promised her food throughout the famine, she obeyed even though it was at a great risk.

Like the Widow of Zerapath, are you found alone? Abandoned? Depressed? Empty? Helpless? Hopeless? Hungry? Thirsty? Ignored? In physical poverty? Spiritual poverty? Knowing of God but not knowing God? Are you at your wits end? It may just be that like the Widow of Zerapath, the Lord is asking you to make Him a cake, to offer the little that you have?

“Make me a cake.” In other words, Elijah said: There is one thing you can do. Even from your poverty, you can give me something. It may not SEEM like much, but it is the very thing I need. If you will give it to me I can do something I could not do without it. When all we have to offer seems pitifully small and woefully poor, we must offer it nevertheless, in obedience like the widow’s, and in the simplicity of a little child who brings a crushed dandelion to his mother. The child is not bitter and resentful at the poverty of his offering.” –A Path of Loneliness

The Widow of Zerapath gave the scraps she had left. The effects of that obedience went far beyond her imagination. Imagine what the Lord can do with the little you give Him. Now imagine what He can do with your loneliness, your emptiness, your poverty, your hunger, your helplessness, hopelessness, brokenness and restlessness if you would hand it over to Him.

Why do you think it’s so difficult for us to hand over our needs to God?