The Vulnerable Art of Putting Yourself Out There

By WonderfullyMadeNovember 16, 2011dating and relationships
7 Comments 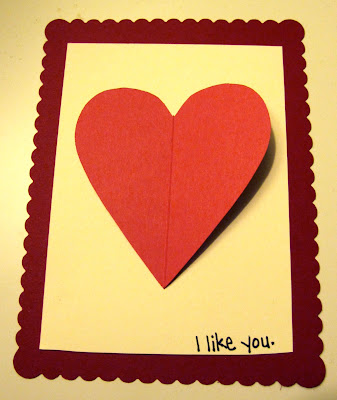 “You’ve got to put yourself out there!” some might say to you. In almost the same breath someone else might say, “Don’t look for love. It comes when you least expect it.”

So which is it? Do you look for it or do you ignore it? Do you flirt with men you like or do you foster an apathy for the thing you want very much?

I believe in being authentic. You want to date someone. Okay. That’s real and good. I suppose it’s a balance like most things.

Putting yourself out there doesn’t need to mean wearing your tightest top to the local bar. It should mean being aware, present, open-hearted and flirting a bit.

I think the advice to “not to look for love” is a suggestion to avoid desperately prowling around for a man to give you attention and affection. This is great advice.

There are universal signals that can be identified as flirting. Generally flirting is constructed in a series of non-verbal and verbal signals we give to each other in order to let the other know that you dig them. You like them…you know…that way.

The first time I put myself out there I was in elementary school. In second grade I had a crush on a boy named Matt in my class. When it came time for Valentine’s day I searched through my Care Bear Valentine’s cards for the most suggestive card I could find. I decided it was on Valentine’s Day that I would reveal to my friend Matt that my feelings ran deeper than just liking playing tetherball with him at recess.

At the very bottom of a Valentine’s card I wrote “I like you” in small printing. I was throwing my tiny little love grenade out into the pile of candy hearts and red lollipops to see if perhaps he would like me back. It felt risky and exciting.

After we’d gone around the room dropping our Valentines into our carefully constructed shoeboxes covered in glittlery heart stickers, I sat with my red fruit punch and sugar cookie, dizzy and embarrassed. “What had I done!!??,” I felt totally vulnerable.

Moments later, distracted by the fun and merriment of opening small envelopes filled with treats, a tap on my shoulder startled me. It was Matt.

Matt looked into my eyes and said, “Thanks for my card,” with a big smile on his face.

I was relieved and embarrassed in the same moment. “I guess he knows. I guess it doesn’t freak him out. I guess that’s good,” I thought to myself.

These days, it seems more complicated than valentine cards with “I like you” at the bottom, but is it?

Most of the time we need to give a green light to the person we like in order to let them know that it’s safe to be vulnerable and make the next move.

Several years ago I dated a man named Jake. Week after week at church we’d share fun conversations, smiles, and good eye contact. I thought I was clear, but he hadn’t asked me out. “Did he like me? Why hadn’t he asked me out on a date?”

I made a card (I’m noting a theme here) and sent it in the mail to him after he had missed a few weeks of church. In the note let him know that I’d missed seeing him. Weeks later (yes weeks…it was agonizing) Jake nervously asked me out on a date. I was thrilled!

Later he admitted that he wasn’t sure if I liked him romantically because of all of the male friends I had at church. I talked to them, I joked with them, perhaps I just wanted to be friends. Risking that step to ask me out was a move he needed a little more reassurance to do. My card gave him that green light. Now he knew I liked him, and the good news was that he liked me too.

I didn’t gain his trust just with the card I mailed. I made good eye contact. I affirmed great things I saw in his character, “That’s so cool that you help feed the homeless. I really respect that.” I smiled at him. I touched his arm while we were talking for just a moment (not too long or it’s weird of course). I communicated with non-verbal and verbal signals that I really liked him.

It’s a bit of a fantasy to expect to be asked on a date without showing some sort of clue to the man you’re interested in. Flirting is about being vulnerable and letting someone know you like them. Shine that smile of yours and open your eyes wide. Risk looking at him across the room for more than a second, and look him deep in the eyes and smile at him. It’s vulnerable, it’s not easy, but it’s good to practice because it’s the way we connect with others…and you might find yourself on a date with your crush if it all goes well.

How have you let someone know you like them? Was it vulnerable? Are you willing to take a risk to “put yourself out there?”