The Game Girls Are Made to Play

By WonderfullyMadeFebruary 20, 2012from a guy's perspective, Jeff Bethke
39 Comments 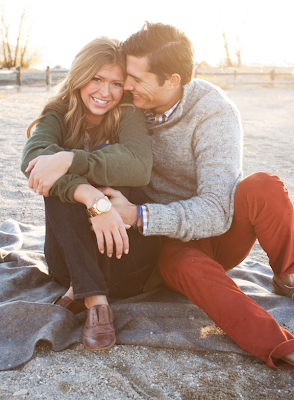 A lot of times we don’t necessarily think critically about how or why a biblical principle exists, but instead we just act upon assumption. I see this extremely true in regards to how girls approach the issue of guys “pursuing” them.

Generally speaking most girls have been taught–either through explicit teaching or assumed church culture–that it is wrong for them in any way to act interested in a guy until he has fully made known his intentions to that girl. I mean a Proverbs 31 women would never do that right?

Here’s how it usually goes: a girl is frustrated that no guy is pursuing her (which isn’t her fault, but rather due to the lack of faithful guys out there today), and so a well-meaning individual usually tries to console the girl by saying something like, “Oh honey, use this season as a time to be single and fully content in God.” Any of you ladies heard that before?

Now, while I agree with that to some extent, I can’t get over one glaring contradiction: Genesis 2:18. God declares it is “not good for man to be alone.” Have you ever let the reality of that verse sink in? Adam was in full, perfect, unaltered fellowship with God before sin, before hurt, and before suffering, and yet still “it was not good” that he was alone. Why? Because God created us in His image, and when a man and a woman come together we are more fully displaying and reflecting His triune nature than we can do when single.

Quickly, let me note that I’m not saying that you need a guy in order to be fulfilled or godly. Ladies, no guy can ever bear the weight of God or fulfill you like He can. Only Jesus saves, and sometimes He uses those single seasons (or single lifetimes for some) to painfully address the idolatry some have of finding “the one” that actually doesn’t exist.

But outside of that idolatry, when a woman knows her true identity, it is perfectly okay for her to recognize if she has God-given desire for an intimate relationship.

You may be thinking to yourself, that’s great advice Jeff, but how in the world do I do that practically? Obviously, since a romantic relationship is intended to reflect Christ and His Church (see Ephesians 5), a woman would be miscommunicating the nature of God if she were to actively pursue a man.

So how are you girls supposed to move forward? How do you deal with your desire to be in a relationship without the ability to make it happen for yourself? The short answer is this: put yourself in his way.

Don’t drive the car, but put yourself in the middle of the road, so when he is driving he won’t miss you (it’s exactly what Ruth did to Boaz in the Old Testament story). Also, feel free to engage the guy you’re interested in in a light hearted way to show him your interest.

I know for me, there was nothing more encouraging than when I started to pursue my girlfriend than to see the feelings reciprocated. When done properly, dating should be an awesome cycle of a guy pursuing and a girl responding, which in turns shows him she actually likes him, which gives him more confidence to pursue even harder, which leads to constant growth and a deeper relationship.

All in all, remember that it’s not evil or wrong to desire to be in a relationship. You were created for it, and it’s perfectly okay to live in that tension for a while until the right person comes along.

Agree or disagree? How does this impact your view of relationships and dating?

P.S. The winner of the Sea Roots She’s A Gem Earrings is simplymerry…

Email natalie@wonderfullymade.org to get your beautiful new jewelry!

from a guy's perspectiveJeff Bethke
September 5, 2012