My life was a wild entanglement of self-destruction. I was in my second year of college and things were getting progressively worse. Though I had been dealing with it for a while, I finally admitted to myself that I had an eating disorder. Even with the truth out in the open, it only continued to escalate. I hated myself for everything I was doing and yet, I couldn’t stop. I began to question everything. Why would God do this to me? What had I done to deserve this?
A year prior, during my freshman year of college, I found a great church near my university. The first few weeks of school were spent debating which church organizations I loved the most. I wanted to devote myself entirely to God and wanted to see my relationship with Him grow stronger with every passing semester. In spite of these desires, there was such an overwhelming sense of guilt and shame that came along with my self-hatred. I eventually put God far behind the unhealthy obsessions in my life, and I stopped going to church altogether. I knew God was a magnificent Creator, but I could just not see it any measure of worth in myself. All I saw was an inadequate failure that was too lost to ever find her way back. I figured that for a girl like me, church would be the last place where I would be wanted, and that God would be too disappointed in and disgraced by me.
Things continued to escalate until finally I reached the point where I knew I could not continue living in this never-ending cycle of self-destruction. I was miserable and could barely function. Less than a week after school was over, I found myself in a residential treatment center for eating disorders. It was the last place I wanted to be, but the best place for my health. Before I decided to get treatment, there were nights that I went to bed afraid that I would not wake up because of what I had put my body through. The frightening things was, I didn’t care. I knew what I was doing could kill me, but I couldn’t stop. I knew I couldn’t continue living like this, and so I spent the next few months in various levels of treatment. It was one of the most difficult decisions I have ever had to make, but I continued to prioritize my health and decided to take the fall semester off from school to focus on getting and staying well.
Early on in my treatment, I had heard the word “surrender,” but I really wasn’t sure what it meant. Surrender to my treatment team? Okay, I have done that, I thought. I am here 24/7 and have no control over my life. I have obviously surrendered. It took me a while to realize that surrendering referred to something completely different. It meant giving my life up to God. It meant saying, “Father, I have tried to do this without you and it has clearly led me down a path I never want to go down again.” Somewhere along the way, I realized God’s ever-loving grace and forgiveness is not just for everyone else, but that it is for me, as well.
Throughout this journey, I have learned so much about myself, my faith, and the people around me. I feel like I now have the ability to love more fully. My heavenly Father now plays a bigger role in my life than ever before. I am living a life in Christ and He is filling me with an overflowing amount of joy, joy that I didn’t even know was possible before. Though my recovery journey continues, I believe fully that I am wonderfully made. Nothing can ever change that. 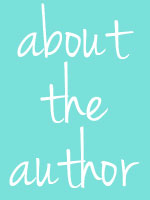 Laura Gonzalez is a 20 year old college student studying to get her degree in Communication. She hopes to go to graduate school to become a Licensed Professional Counselor and eventually help others battling eating disorders. When she isn’t studying, Laura enjoys delving into a good book and journaling about her everyday life.  She is passionate about growing in her faith and helping others do the same. Her struggles in the past few years have given her a greater appreciation for life. Because of that, she is trying to live a life in Christ every day. You can follow her blog, Life with Laura, or follow her on Twitter at @Laura__Danielle.