By WonderfullyMadeSeptember 27, 2011Uncategorized
No Comments 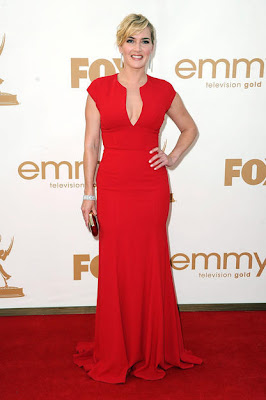 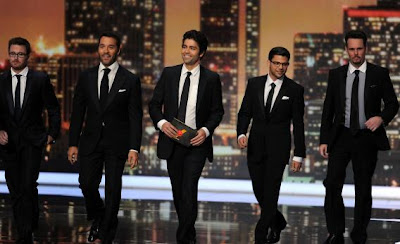 Hollywood’s big awards shows are always fascinating to me. Watching the stars come down the red carpet, I can’t peel my eyes away from the TV. The lights are flashing and everything from the diamonds and satin to the flawless skin sparkles and glows. I’m mesmerized by the glamour and the A-list couples and all of those designer gowns.

Then the show is filled with camera shots of beautiful, happy, laughing stars. They give (usually) well-crafted, sincere, tearful acceptance speeches and cheer for their peers. The whole thing can feel so magical.

Last week I was traveling while the Emmy’s were on, but I hopped on my laptop in the airplane to see the photos and follow along. Kate Winslet’s red gown made me almost gasp—and so did the appearance of the entire cast of men from Entourage in slick black suits and skinny ties, if I’m being honest. From what I could see in the photos and articles, this year’s awards were much the same as always—glamorous.

Yet as I was clicking through the images and reading about it, I saw something I hadn’t really seen before…

For every sparkle and perfect hair day, there’s a “Worst Dressed” worthy outfit and a bone thin actress feeling uncomfortable in her own body. For every tearful acceptance speech there’s embarrassment and feelings of inadequacy or injustice. The host tells jokes that are funny for a moment, unless you see that they are usually at someone’s expense.

It’s so easy to be enthralled with the glamour and magic that we see and feel in the carefully crafted moments of television, or music and movies. Celebrity is a whimsical idea in that it is just beyond our reach at any given moment. Something whispers to us that if we had just the right moment or tried just a little harder, we might look that way or enjoy the same success.

The harm is becoming too engrossed in it all is when we start to compare. Anything just beyond our reach feeds our discontentment. Inevitably the feelings arise of not being beautiful enough, thin enough, poised enough, polished enough, or just enough. There is no real harm in watching and being entertained, but keeping a sense of reality is so important. These Hollywood stars are just people—people who are airbrushed and hidden behind roles and publicists to create a hollow shell of a perfection. When we hold ourselves to these same standards, we are attempting to become something that doesn’t exist.

It just echoes the old saying, “All that glitters isn’t gold.”

Does your self-image change after you view awards shows or look at magazines? How so?