Mary of Bethany: Fragrance of Christ

By WonderfullyMadeApril 12, 2012Raquel Rodriguez, women of the bible
2 Comments 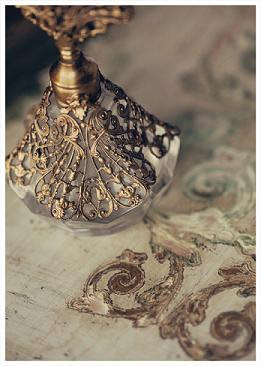 Meanwhile, Jesus was in Bethany at the home of Simon. While He was eating, a woman came in with a beautiful alabaster jar of expensive perfume made from essence of nard. She broke open the jar and poured the perfume over his head. Some of those at the table were indignant. “Why waste such expensive perfume?” they asked. “It could have been sold for a year’s wages and the money given to the poor!” So they scolded her harshly. But Jesus replied, “Leave her alone. Why criticize her for doing such a good thing to me? You will always have the poor among you, and you can help them whenever you want to. But you will not always have me. She has done what she could and has anointed my body for burial ahead of time. I tell you the truth, wherever the Good News is preached throughout the world, this woman’s deed will be remembered.” (Mark 14:3-9)

For many years I secretly disliked Mary of Bethany. As a self-proclaimed Martha, I would read the account in Luke 10:38-42 and shake my head in disapproval of Mary’s “passivity” and lack of care. I too would have complained to Jesus. But His response caused me to re-evaluate each time: “There is only one thing worth being concerned about. Mary has discovered it, and it will not be taken away from her.” And though I detested Mary, a part of me desired to discover that one thing worth being concerned about. I determined to find that which would never be taken away from me.

In the three accounts that Mary is mentioned, she was always found at the feet of Jesus. Whether she was listening, crying or doing, she had made a choice to be found at the feet of Jesus. The last mention of Mary in Scriptures is precisely our passage above, also known as The Anointing at Bethany. And it is here that I uncovered the great treasure Mary had found and would not be taken from her. Mary had possession of a very costly thing, a spikenard that was roughly 300 denarii ($30,000-$35,000).

If in fact this oil was to be used for burial, why had Mary not broken the flask for her brother Lazarus when he had died? I believe Romans 10:17 will help us value Mary pouring of her best for Christ, “So then faith comes by hearing, and hearing by the word of God.” As Mary sat at the feet of Jesus, and heard the words of Jesus, her faith in Jesus increased. I have to believe that she knew mysteries of the Kingdom that we have yet to know. Jesus, who shared these truths with her, recognized her loving act as pleasant and right.

Once the neck of the flask was broken, it had to be used. We read that the whole house was filled with the fragrant oil. Have you ever moved in to get the aroma of something and unknowingly pressed your nose on it? Now the scent is on you and for a period of time you can still smell it? Or how about going to a restaurant and leaving the place smelling like the food? As the spikenard was poured on to Jesus, dripped down from Jesus, the fragrance permeated throughout the home. As the people departed later on, they too carried the scent of the spikenard. Wherever they went after leaving Simon’s house, people could recognize that they had been in the presence of Jesus because they smelled like Him. But none carried a stronger scent than Mary, whose hands poured the oil on His head and her hair wiped his feet. Imagine carrying the fragrance of Christ on you?

“Now thanks be to God who always leads us in triumph in Christ, and through us diffuses the fragrance of His knowledge in every place. For we are to God the fragrance of Christ among those who are being saved and among those who are perishing. To the one we are the aroma of death leading to death, and to the other the aroma of life leading to life.” (2 Corinthians 2:14-16)

At the feet of Jesus is where His fragrance is poured into our lives. Marvelous evidence that we have sat at His feet. This is a great mystery and one which cannot be taken away from us. And just as the flask once broken had to be used, so it is with our lives. Once we have been beautifully broken by the Gospel of Christ we will be used by God as the essence and fragrance of Christ everywhere we go. What is poured out for the Lord will be a memorial forever just as Mary’s pouring has not been forgotten.

What lessons can you gather from Mary?