By WonderfullyMadeDecember 9, 2011Raquel Rodriguez, women of the bible
2 Comments 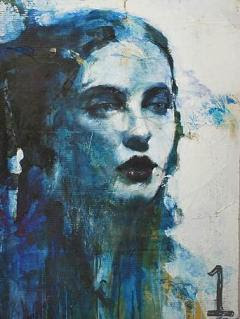 “Now in the sixth month the angel Gabriel was sent by God to a city of Galilee named Nazareth, to a virgin betrothed to a man whose name was Joseph, of the house of David. The virgin’s name was Mary. And having come in, the angel said to her, “Rejoice, highly favored one, the Lord is with you; blessed are you among women!” But when she saw him, she was troubled at his saying, and considered what manner of greeting this was. Then the angel said to her, “Do not be afraid, Mary, for you have found favor with God.” (Luke 1:26-30)

Highly favored?! I can almost imagine those two words echoing in Mary’s mind as she stood confused and agitated. To be favored meant that Mary had been pursued with grace, and was made accepted by God. Both of which could have baffled anyone in Mary’s place. For starters, she was born a woman. Born into a society that believed women were not as important as men, worth only half as much as a man and was less welcomed into the world than a male infant. Not only did her name mean bitterness but it wasn’t uniquely hers as her older sister was also named Mary. Her marriage was arranged and most likely a dowry was exchanged for her. Mary found herself betrothed (legally married) to a man she may have known very little about. And I repeat myself in asking, highly favored?

“’And behold, you will conceive in your womb and bring forth a Son, and shall call His name JESUS. He will be great, and will be called the Son of the Highest; and the Lord God will give Him the throne of His father David. And He will reign over the house of Jacob forever, and of His kingdom there will be no end.’ Then Mary said to the angel, ‘But how can this happen? I am a virgin’ And the angel answered and said to her, ‘The Holy Spirit will come upon you, and the power of the Highest will overshadow you; therefore, also, that Holy One who is to be born will be called the Son of God. For with God nothing will be impossible.’” (Luke 1:31-35, 37)

Why Mary? What set her apart above all other women? She wasn’t royalty or the daughter of some influential man. The Bible gives us very little about her. She was a woman created by God, and as we will see, her value was found not in her circumstances but in her obedience. Mary was chosen by God to co-labor in the greatest mission of all time. And how exactly was this ordinary gal going to accomplish mission impossible? The angel declared it, by the power of the Holy Spirit.

“Then Mary said, ‘Behold the maidservant of the Lord! Let it be to me according to your word.’ And the angel departed from her.” (Luke 1:38)

Mary did not let the obstacles of her past or present hinder this glorious calling. Fear for her marriage, reputation and life did not hold her back from accepting God’s will. And her lack of ability did not cripple her from moving forward into all God had prepared for her.

Much like Mary’s days, the world today tells you that: You are not important, You have no worth, You’re a nobody, and You have no purpose. But God says, “Rejoice, highly favored one, the Lord is with you; blessed are you among women!” Yes, YOU! He has created you with a beautiful purpose. He has a great mission just for you. You may already know what it may be and it terrifies you. Dear sister do not fear, for the Holy Spirit will come upon you, and the power of the Highest will overshadow you. The Holy Spirit is a change agent in our lives, changing the impossible for a mission possible. If you don’t know God’s calling for your life, seek Him in prayer and study His Word and He will reveal it to you.

Last but not least, be encouraged by Mary’s faith. When the angel spoke God’s will to her, she received it. Not because it made sense but because she believed His words (God’s Words). Verse 37 is better translated as this, “For with God every Word is possible.” If God declares something, it will get done. Every word that God speaks has the power to fulfill itself. So why complicate ourselves and get all worked up when God has already spoken to us? Child like faith un-complicates life. However hard God’s will for your life may seem, remember the words of Zechariah 4:6 “not by might nor by strength, but by His Spirit.”

Do you have a mission impossible story?