By WonderfullyMadeDecember 13, 2011Raquel Rodriguez, women of the bible
No Comments 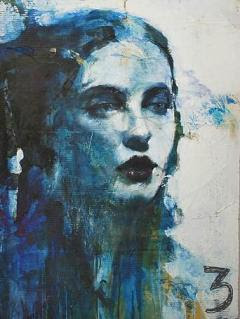 A few years ago I played Mary in a monologue skit. I was as an elderly Mary, gray haired, wrinkled and fragile. With a raspy yet thundering voice I entered the sanctuary singing ‘Kadosh’ as I, Mary, walked down the aisle and up to the stage. There I told the stories that made up the life of Mary as recorded in the Gospels. From the wonderful encounter with an angel to miracles Jesus had performed, story after story was retold as a Grandmother would reveal her yesterdays.

All was sweet until Mary began to give an account of the crucifixion. There she cried out, “That is my son on the cross, my son!” I cried that line louder and louder a few more times. Mary then paused to cry and lifted her hands pointing out and said, “That is my Savior on the cross! My Savior!” She pounded on her chest with her fists and cried.

I don’t know when the actual exchange happened in Mary’s mind, but it did. Was it when Jesus performed His first miracle at Cana? Or perhaps when He raised Lazarus from the dead? Could it have been when John was told to care for her? Did it take place at the foot of the? One thing is for sure, Mary was a sinner and Jesus was her Savior.

“Then they returned to Jerusalem from the mount called Olivet, which is near Jerusalem, a Sabbath day’s journey. And when they had entered, they went up into the upper room where they were staying: Peter, James, John, and Andrew; Philip and Thomas; Bartholomew and Matthew; James the son of Alphaeus and Simon the Zealot; and Judas the son of James. These all continued with one accord in prayer and supplication, with the women and Mary the mother of Jesus, and with His brothers.” (Acts 1:12-14)

Mary had been pursued with grace, was made accepted by God, called by God to a mission impossible, was empowered by the Spirit of God, she treasured the Words of God, and accepted the salvation of God. What might appear to many as the end of her ministry was only the beginning of God’s redemption story with Mary. She continued with one accord in prayer and supplication. The more you read in the book of Acts, you know that she was present in the day of Pentecost when the Holy Spirit invaded the hearts of many. Mary was witness and a participant of the early church. And her story doesn’t end here.

While on earth, it was the hands of Mary that caressed baby Jesus, healed his scrapes, combed his hair and held him close in a sweet in embrace. The roles would switch and as she bid Farwell to this earth and entered into eternity. For it the hands of Jesus caressed her, healed her wounds, restored her health, removed every tear, and held her close in a sweet embrace forever. Her glory was more than simply delivering the Messiah; her glory was accepting Jesus as her Savior.

Mary did you know that your baby boy has come to make you new? This child that you’ve delivered will soon deliver you. –Mark Lowry

How or when did this beautiful exchange happen in your life?