Made For So Much More: Isla Vista Outreach

By WonderfullyMadeNovember 1, 2010Uncategorized
No Comments 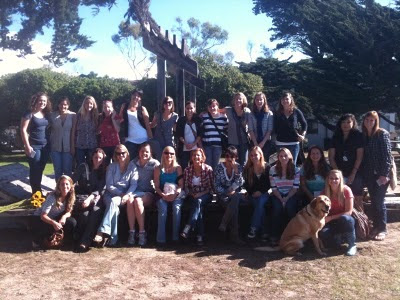 Halloween weekend at UCSB in Isla Vista is well known as being the biggest college party in California and was once declared the nation’s best party by Playboy Magazine. To say things get a little crazy would be an understatement. Anything that gives liberty for near-nudity seems to the costume of choice for many girls, and drugs, alcohol, and sexually charged guys dressed as everything from purple teletubbies to scandalous cowboys run rampant.
My heart-strings were pulled every time I heard or thought about the compromising situations so many women put themselves in and the high incidences of alcohol poisoning, drug overdoses, sexual assault and rape that accompany such heavy party atmospheres. Such stories still remind me of the the shameful choices I once made and situations I placed myself in before God lovingly steered me away from the wide, destructive road and placed me upon His narrow, life-giving path. Speaking from experience, there is nothing quite like the feeling of shame and filthiness that follows certain decisions regardless of how much they are approved or applauded by the world.
In her gut, I believe every girl knows that she is made for so much more.
Being my fourth year in Santa Barbara, I knew it was time for Wonderfully Made to do something to help girls discover or reclaim their inherent value.
On Saturday, we hosted our first outreach during which we intentionally sought out girls to talk to and share Christ’s love with face-to-face. I pulled into the parking lot of our meeting spot expecting to see the six or so women who committed to coming. Within minutes our small group turned into a powerful force of over twenty-five women from different churches and ministries throughout Santa Barbara including Revive, Real Life, CCSB and Reality – all of whom willingly spent their Saturday sharing the joy and love of Jesus Christ with women they’ve never met.
We set out in pairs over the 2.2 square miles of IV to pass out flowers, hand out the Father’s Love Letter and engage in spiritual conversation with over a thousand women.
I marveled that each girl who came did so because she had personally experienced the transforming, contagious love of God. Behind each beautiful face was a story. A story of a life forever changed by the reality of Christ and His power to make all things new.
I want to say thank you to each and every woman who courageously participated in our first IV Halloween outreach – I believe that lives were truly touched and even forever changed.