HerStory: “His Love Set Me Free.” 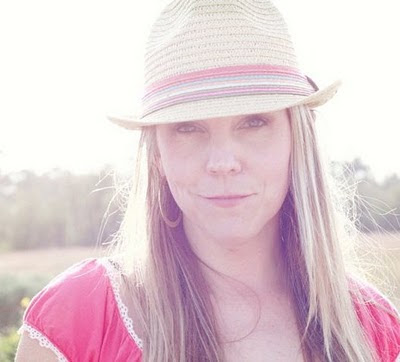 This week’s moving “HerStory” feature comes from our dear friend Katee – the beautiful face behind the camera that has taken some of the beautiful photographs we feature on our blog. Katee is truly a woman after God’s own heart and we hope that HerStory (God’s story) of redemption brings you hope and encouragement wherever you are in life.
Growing up in a Christian home, surrounded by songs of scriptures and church gatherings at least twice a week, volunteering my summers to go to third world countries and my school year to serve as Chaplain at my school, I hadn’t the slightest idea of the reality of the cross nor of God’s love for me nor of His holiness. Finally, my senior year of high school I had had enough – no more fake! I couldn’t be fake anymore – I had friends to whom Christ seemed to be real to, but I just wasn’t there.
The wrong guys, alcohol, and girlfriends, quickly helped me learn all the right ways to be immoral, but then things progressed from immorality with cute boys to a place where I quickly began continuously using speed. I stayed legal with using speed from the doctor for several years then I discovered crystal meth, by this time I was completely dependent on speed, crystal meth or Adderral – it didn’t matter but I had to stay high. Selling my soul, selling my body – I was not my own. I was no longer in control but I continued to try every way possible to gain control of my life. I was losing, but I still was completely uninterested in any kind of brainwashing from the church. But I started dating this guy and we started reading the Bible to prove that God approved of our way of life.
Every morning I started sitting on the front porch for a couple hours reading the Bible and doing this “Search for Significance” workbook that some Christian friends of mine had given me. As I read the Bible and followed scriptures this workbook guided my through, I continued to stay high on speed – but the Lord was bigger. I started consuming mass amounts of alcohol or anxiety pills each evening to offset the extreme high that I was on from speed, this was used by the Lord. Each evening I began passing out listening to this worship music this friend of mine had given me. As I realized what grace was, what it meant that Jesus died for me on the cross and how my rejection of Him and my pride and lack of surrender was equal to whipping and spitting at Jesus, I broke. Days, weeks, months passed and the process continued. Nine months later I was completely off speed and every alcohol form because I was convinced if I was saying Christ was my source for life then He truly had to be. His love set me free, His grace and blood have washed me and brought freedom that the world can never replicate and neither can the best sex or drugs. Jesus is real and He is my life. I love Him so much and didn’t deserve to know Him or be rescued or live but He did it anyway!