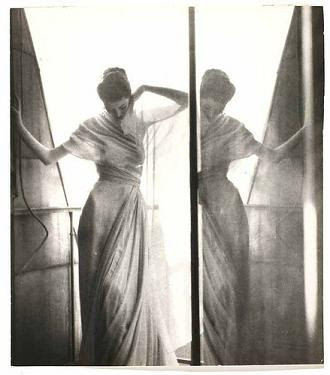 Deborah, the wife of Lappidoth, was a prophet who was judging Israel at that time. She would sit under the Palm of Deborah, and the Israelites would go to her for judgment. One day she sent for Barak son of Abinoam. She said to him, “This is what the Lord, the God of Israel, commands you: Call out 10,000 warriors from the tribes of Naphtali and Zebulun at Mount Tabor. And I will call out Sisera, commander of Jabin’s army, along with his chariots and warriors, to the Kishon River. There I will give you victory over him.” Barak told her, “I will go, but only if you go with me.” “Very well,” she replied, “I will go with you. But you will receive no honor in this venture, for the Lord’s victory over Sisera will be at the hands of a woman.” So Deborah went with Barak to Kedesh. (Judges 4:4-9)

In the times of the book of Judges, Israel was a wicked and perverse nation. Having forgotten the Lord their God, the people were spiritually malnourished. Israel was oppressed by their enemies and national chaos was rampant. The Lord brought up judges whose leadership imparted wisdom, temporary restoration, deliverance and rule. They were primarily known for their military victories. A prophet is an interpreter of the times, of the people’s heart, who reveals divine revelations and who is the mouthpiece of God. We read that Deborah was all of the above. And true to the word that the Lord spoke through her, victory was given to Israel and indeed, Sisera was defeated by the hand of a woman.

Deborah is the only female judge recorded in the scriptures. Her wisdom and leadership set her apart in a time when male leadership was lacking and zeal and courage was lost. She is an example to us of obedience as well, for when the Lord spoke; she immediately called for Barak to lead the people in a holy war against their oppressor. Adding on to her list of virtues, she had great courage. Let’s not forget that without hesitation she joined 10, 000 men in a journey to deliver her nation.

There were few people left in the villages of Israel— until Deborah arose as a mother for Israel. (Judges 5:7)

Judges chapter 5 is a song written by Barak and Deborah. Interesting that when she describes herself, she writes as “a mother for Israel”. She does not refer to herself as wife of Lappidoth, prophet, judge, warrior, general or any other term of leadership. She terms herself as mother. Indeed she acted as a mother would towards her children: protecting the people, leading them in the right direction, inspiring righteousness, leading them to a place of restoration. Her strong faith made way for peace in Israel that lasted 40 years.

Whether you are in a leadership role or not, God wants you to be a Deborah in your sphere of influence. We live in a society much like hers, the people around us do as they please; they are wicked, perverse and selfish. There are Christians around us who are spiritually malnourished and have forgotten the Lord. As Deborah did, lets call a holy war and fight this battle for our families, friends and all mankind. Be proactive when it comes to loving the lost and loving the found.

Ephesians 6:10-20 gives us the perfect armor for this battle. Purpose to be honest, just, obedient, courageous, and selfless as Deborah was in her days. May you be set apart by your great faith. And may you be “as a mother” to those around you, inspiring them to righteousness and leading them to the Prince of Peace.

Which of Deborah’s characteristics would you like to have?