By WonderfullyMadeOctober 28, 2011dating and relationships
5 Comments 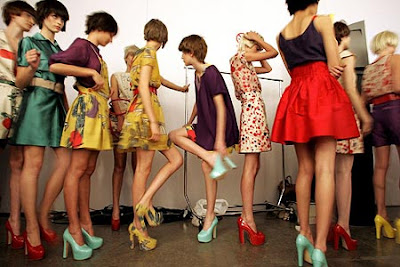 It was Halloween weekend and I was going to several parties with my girlfriends. If you know much about Halloween parties, you’ll likely agree that they can be permission for many to dress in little outfits and take on a whole new persona. It seems to become a cultural vacation from modesty. Combine this with alcohol, the opposite sex, and a dark night and you have plenty of opportunities to do things you’ll regret the next morning. “Try on some sexy confidence!” the costumes seem to beckon us.

My girlfriends and I were trying to play it cute rather than scandalous, but we all still were dressed a little edgier than we would in any other setting.

A cute boy who had never paid attention to me before had spent Friday night chatting with me, and the buzz from everyone the next day was “Wow? What is going on? Are you guys into each other? I saw you flirting…”

The next night as the Halloween parties continued, my roommate buzzed in wearing her bumblebee costume. In a room full of 100+ twenty-somethings, she zeroed in on my Friday night guy while we were busy dancing and talking together on the dance floor, and swept him away with her long fake eyelashes.

All of the sudden I was awkwardly dancing by myself watching her flirt and giggle and draw close to his Superman costume with her bumblebee striped legs.

Instantly, tears welled up in my eyes and I walked out front of the house the party was bumping inside of. I wanted the black lights and weird goblin drinks to go away. I wanted to go home and most of all I wanted my friend back. “How could she!?” I mused. She was the one who was asking about this new crush only hours before, what had changed? Didn’t she care about me?

There was a verbal girl fight that night on the front lawn. “How could you??” was followed by a list of excuses about how he wasn’t mine and I couldn’t call “dibs” on a guy. Oh the drama we can create!

Because he was paying attention to me, I believe that she decided it was worth even more to grab his attention away. Her thirst for feminine power and validation became even more important than honoring our friendship. I was hurt and pissed. Our friendship was never quite the same again. A trust had been broken that went deeper than the flirting.

Women don’t like to admit it, but competition is just as alive between us as it is amongst a bunch of men in front of the mirror lifting weights at the gym. We can be ruthless and mean, when the truth is that we are in need of loving friendships with each other to build us up and bring us life.

We need to do our best not to flirt with men who are attached to other women. It can be tough to resist the urge to win a battle, but the battle isn’t worth competing in if it isn’t for a good cause. You be you. Be genuine. Be authentic. You will get yours when the time is right.

Dig deep. Know your value so that chronic flirting for validation doesn’t become your trademark.

Going forward: Say you’re sorry, and forgive your friends because it is out of our deep pain that we behave so poorly. Knowing how valuable we are takes time, healing the deep wounds of our lives is hard work. Competitive flirting may give you a high for a minute, but it will never fill you up the way you really need to be known.

When have you witnessed or experienced competitive flirting?